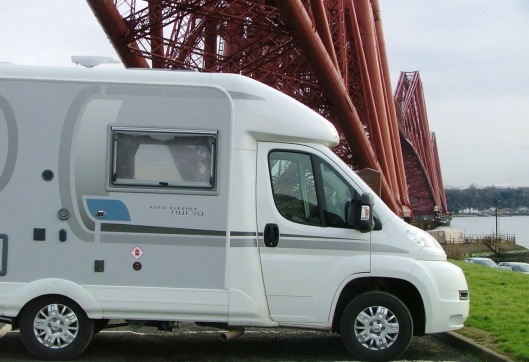 Opened in 1890 the bridge was considered the be-all and end-all of engineering. At the time it was also the longest bridge in the world at 2.53 kilometres.

The Caravan Club’s 75 pitch Balbirnie Park is the nearest to hand at Markinch, Fife.

The phrase “It’s like painting the Forth Bridge” is still of course widely used to describe some never ending task but the phrase is now technically inaccurate as paint technology has moved on and the bridge is sealed with an industrial coating which renders constant repainting redundant.

1 thought on “Scotland’s Forth Bridge gets World Heritage Site status.”