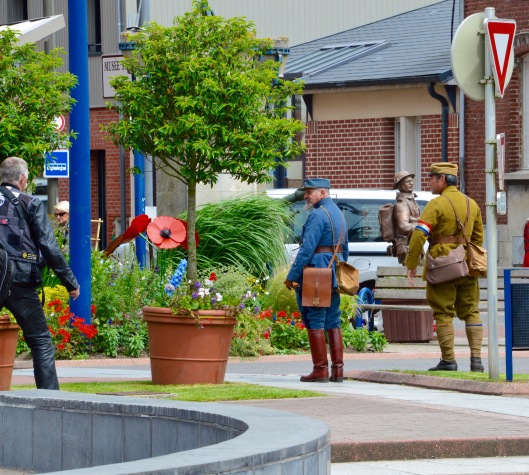 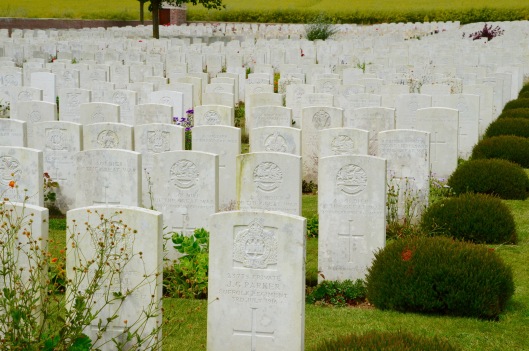 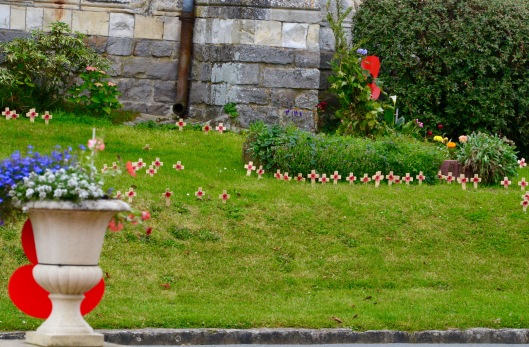 You will know I have an interest in WWI history and so you will not be surprised to learn I have been in Picardy this week visiting some of the events staged to acknowledge the one hundredth anniversary of the start of the battle of the Somme. As ever, the scale of the casualties is almost impossible to grasp – rather more than 17,000 allied casualties on the first day alone. And, as ever, visiting those events and some of the many many cemeteries is a humbling experience.

There were large numbers of people attending from around the world whose families had lost relatives and due to the Commonwealth War Graves Commision’s outstanding work so many of the names can be traced and a final resting place identified. However, the most haunting graves just bear the inscription “A Soldier of the Great War” and, even more so, memorials such as Thiepval list many hundreds of names where no body has been traced. Due to the increasing use of DNA technology the CWGC every year is able to identify bodies previously unidentified but there will always be a large number of names of brave men who died in the chaos and the violence and whose remains will never be found.

It is right that we should remember the fallen – firstly to recognise their sacrifice and secondly to remind ourselves that conflict on any scale is best avoided and on this scale hopefully will never ever be witnessed again.

I based myself in Amiens staying at a delightful chateau site just north of the city http://www.chateaubertangles.com but my photographs are mainly taken in and around the town of Albert which was so very much at the centre of the battle. The Battle of the Somme, also known as the Somme Offensive, started on July 1st 1916 and ran to November 18th 1916. The Allied losses were 800,000 and German and their allies losses were a further 540,000.