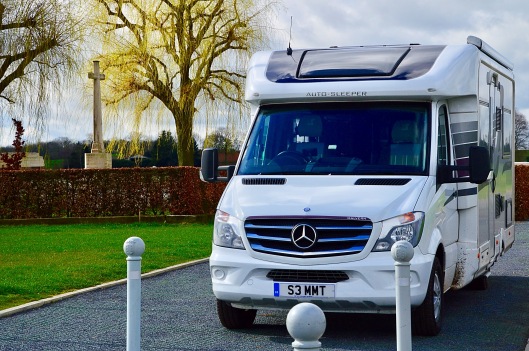 I was talking to a fellow Caravan and Motorhome Club friend the other day and remarked that I am more of a tourer than a rallyer to which she rather tartly remarked “Well, Christopher, that’s your loss then.” That could be but I think I am likely to stick with my touring and this week has been a case in point.

A few days came free in the diary after an extremely serious bout of man flu which required a great deal of help and TLC to get me through – believe me it was touch and go.

For some time I have been wanting to visit a couple of the peace parks built near Ypres post WW1 and also see Prowse Point where the famous Christmas Day football match was played and where a faithful reconstruction of the trenches shows that just a few metres separated the opposing forces. Disapproved of by the generals at the time, it has become something of a focal point.

When in Ypres I usually drive the clearly signed Poppy Trail coming across all sorts of interesting history. Thursday night’s attendance at the daily Menin Gate ceremony was primarily attended by children many of whom were on school trips from the UK so that future generations never forget.

Whilst I may not be much of a rallyer, there can scarcely be a better way of touring the Somme battlefields than in a motorhome.