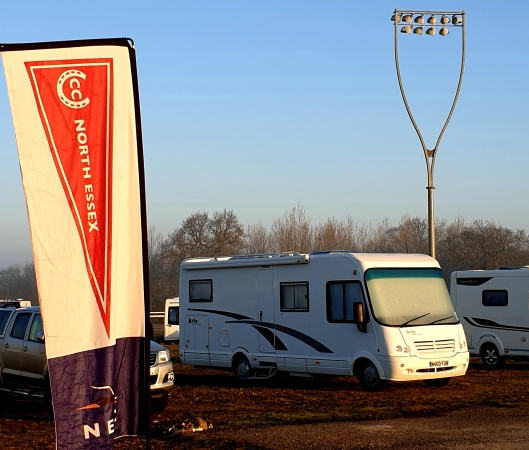 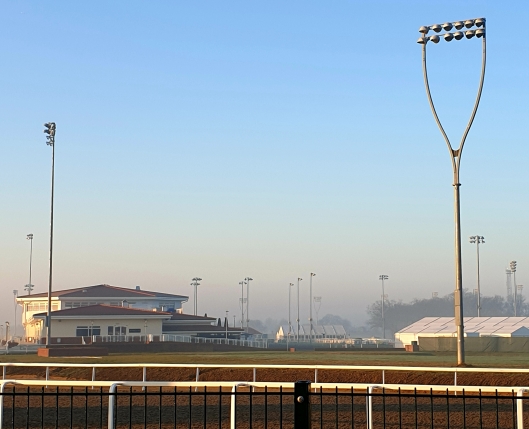 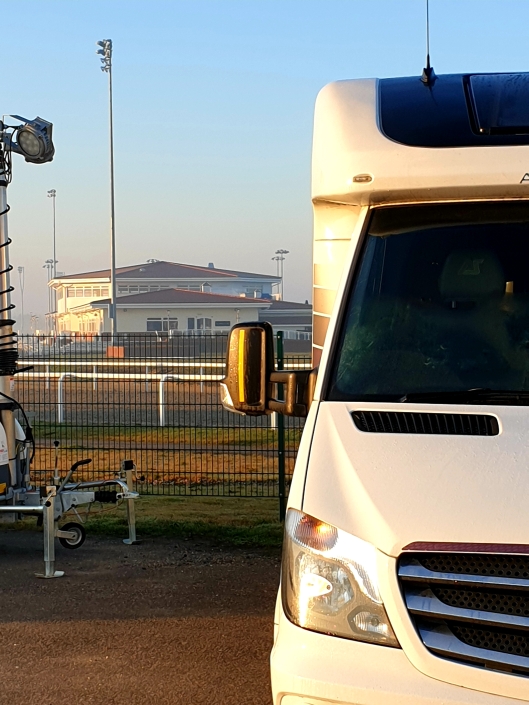 Chelmsford City Racecourse is the venue for this weekend’s gathering. Thank you to the Centre for last night’s generous hospitality.

Many thanks to the North Essex Centre of The Caravan Club for their generous hospitality during their rally held this weekend at the Chelmsford City Racecourse. Particular thanks to Chairman Rob Rice.

It is a high quality venue in all respects and recently came under the new ownership of Betfred who look to be making a great success of it. An all weather track, when it first opened in 2008 it was the first entirely new racecourse in the UK since Taunton opened in 1927. It had a stuttering start to life going into administration quite early on but is now firmly back in business under the Betfred ownership.

Local people, of which I am one, will inevitably always refer to it as the Essex Showground despite the fact that there has not been an Essex County Show for a very long time.