The Caravan Club is delighted to report that a record one million visits to its website occurred in July. This is tremendous news during a time of recession and shows that not only is The Caravan Club the preferred choice of caravanners but that caravanning continues to be a very popular leisure pursuit.

Catherine Ford, Head of Publishing for The Caravan Club, says, “This is wonderful news for The Club. I am confident that the increase in enquiries will result in more bookings and more members for The Club.”

With so many choices of sites both at home and overseas, The Club is Europe’s largest touring organisation with more than one million members and some 3,000 sites to choose from. The Club continues to offer excellent value for money to its members, as well as offering a very competitive insurance and ferry booking package with expert, in-house staff to help with bookings, membership and technical advice.

Its newly improved, online community website, ‘Club Together’, gives caravanning and motorhome enthusiasts the opportunity to share experiences, hints and tips with fellow members and with more than 70,000 registered users, it’s proving to be a very popular and useful forum. Celebrity ‘bloggers’ include Rowland Rivron and Vicki Michelle.

For more information about The Caravan Club, visit the award-winning WEBSITE at http://www.caravanclub.co.uk or call 01342 336666. 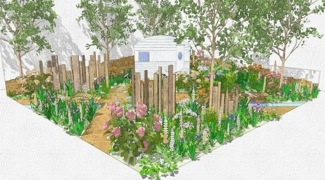 The Caravan Club has named 2012 ‘A Celebration of Touring’ in order to celebrate caravanning and motorhoming and the joys and benefits that it brings to hundreds of thousands of people across the country.

As part of the celebrations The Club is very pleased to be working with garden designer, Jo Thompson, on a ‘Staycation’ inspired garden called ‘A Celebration of Caravanning’ at this year’s RHS Chelsea Flower Show. The garden will promote the benefits of holidaying in the UK and will highlight the enjoyment of touring to a wider audience, promoting both the pleasures of caravanning and The Caravan Club, to the thousands of visitors that will be attending the show between 22 -26 May 2012.

Lawrence Bate, Director of Marketing for The Caravan Club, says, “Caravanning is a very British pursuit, and what better year than 2012 to fly the flag for touring and enjoying England. 2012 will see many visitors to the UK and a caravan or motorhome is a viable accommodation option, which is both flexible and affordable.”

He continues; “The Club already represents over a million members who recognise the positive aspects of touring but The Club hopes that by supporting this garden more people will gain insight into this wonderful leisure pursuit.”

Taking part in such a high profile event will also give The Caravan Club a great opportunity to talk to the national media about the thousands of beautiful gardens across the British Isles, many of which have Club sites nearby. I, for one, am very excited about The Club having such a fantastic presence at such a prestigious and respected event, especially with an extremely talented designer (who has a personal passion for caravans) representing The Club’s interest. I’m sure it will hugely benefit The Club as a whole and I can’t wait to find out how the garden does at the show and view the end result.

Jo started her career in garden design in 2005. She is recognised for her unique planting design skills and has been named as one of the 10 rising stars in garden design by House and Garden magazine. She is also a visiting tutor at the London College of Garden Design.

The Caravan Club’s ‘Celebration of Caravanning’ garden combines the latest colours and planting trends with a practical and useable space. It takes inspiration from a bygone era, of nostalgic family caravanning holidays, a very British past time. This is the first time that a caravan has appeared at the Chelsea Flower show, and The Caravan Club want people to see caravans and caravanning in a different light.

A liberal use of pink and cream roses and peonies soften a fairly geometric and simple layout which is based around a vintage caravan at the far end of the garden.

“This garden was always intended to be a real garden,” Jo says. “A place that people could identify with, recreate at home, a space that you might find at the bottom of your own garden. I hope people find it welcoming with familiar and traditional plants arranged in a fresh way.”

Working with UK craftsmen, Jo’s designs for a water rill, to cool bottles of English sparkling wine, oak benches and a dog kennel echoing the shape of the 1950’s caravan are important British-made details in the garden. As are the cut flowers grown on a smallholding in Somerset which will decorate the interior of the caravan.

I am pleased to announce Jo has agreed to give us regular updates on Club Together, allowing us to follow the progress of The Caravan Club garden. Jo will also be giving us some helpful hints and tips on what we should be doing in our own gardens, invaluable advice from a top designer exclusive to Club Together.